Elsa is a punk-rocker: what it’s like to lose your best friend 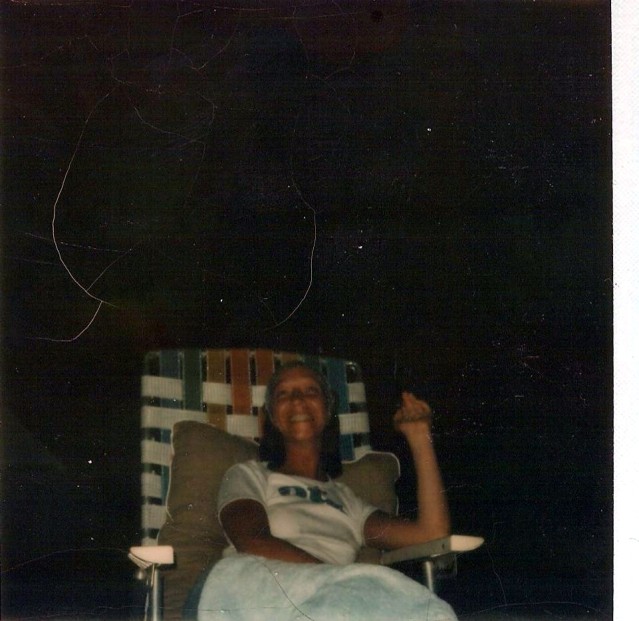 It finally feels like fall as I sit in the above-freezing level waiting room of the ICU at New York Presbyterian. I am drastically underdressed and fidgeting with the sleeves of my mom’s favorite shirt of mine. Just five days ago she asked to borrow it.

My aunt Cecelia shares the cold seat next to me.

Earlier, she and I had missed our stop on the R line, caught up in untold stories of my father’s. We got lost in answers to questions I was too young to ask or even think to ask before he was gone. I was more concerned with the unnatural color of my hair (he lied and said he loved the pink streaks) and the sting of high school heartache (or what I knew then as such) to be curious. Even when he was sick.

The story went that my father was a printer before he was Superman. Stir-crazy, he decided to try something different like casually conducting cranes, building bridges and walking high-beams. Three broken bones and immeasurable afflictions later, I can safely say my father’s equilibrium was not an inherited trait. I think I got his nose, though.

Cecelia misses her stop on the subway moreso than she likes to admit; time and time again getting lost in the conversations of nearby straphangers. An hour and a half later (and 20 minutes out of our way), we’re waiting to say goodbye to mom. Her condition’s taken a turn for the worse and her body is waving a white flag in the form of failing organs after a three month battle with Leukemia we thought she won and a god-damn pneumonia that wouldn’t go to hell.

My aunt is tuned into a family of five, then six, then seven to the left of us.

A middle-aged woman makes an urgent call while the rest of the family argues around her in Arabic. Whoever picked up the phone may have a very important package in the car, but they don’t have Elsa.

“Elsa, Elsa,” the woman says five, six, seven times, “the one with the punk rock hair-do.”

Elsa has been waiting in the lobby with Aboudi for god knows how long but, don’t worry, they have the package. My aunt and I wonder how many women with matching descriptions will walk in and out of whichever lobby in whichever neighborhood and we laugh. Probably too loud. Definitely too loud.

Our laughter is cut by the entrance of a slim doctor in a plaid shirt and thick-rimmed glasses. He sort of reminds me of an ex-boyfriend, but gay, which feels as weird as you’d think it does.

He calls for the McGoldricks but I keep my arms firm at my side (I’m still imagining said ex-boyfriend in a gay bar). My aunt raises hers even though she’s been a Denniston for all my life. He takes the third cold seat in our corner followed by my hand as I shake the aforementioned image and remember where I am. He doesn’t have to say much to separate himself – and for us to know it’s time.

My mom is screaming but they say she feels no pain. A small blonde doctor with a heart too big for her field of practice wells up as she opens my mother’s eyes and tells her that I’m here. My mom is here too, apparently, but she isn’t really there. Her eyes close one last time and her heart rate begins to drop.

A second male doctor in Ray Bans appears and my aunt burrows her head in my shoulder, admitting that, just twelve minutes ago, she walked in on him doing his thing in an unlocked co-ed bathroom. He avoids eye contact like I avoid Splenda and the Big Bang Theory. We can’t help but hope mom’s laughing in there.

We grip her hand tighter.

Cecelia lets out another laugh I’m sure everyone around us considers tacky and untimely, except maybe Dr. Big Heart. “This is the calmest I’ve ever seen her,” she says as her heart rate falls to 50, 48, 45. I think those who knew her would agree.

My mother always struggled with anxiety and I swear she never felt right about me knowing how to ride a bike. She hid knives around the house and was half an hour early to everything (I got my dad’s nose, I got my mother’s sense of time). She was terrified of change and preferred Coors Light over Fireball and sometimes even water. We spent a third of my life fighting but, at 22, she was my biggest fan and I was her best friend, even when I didn’t treat her like mine. She waited up every night.

It’s been a week since I buried my mother in a plot right next to my father’s but it feels like a century. With every set of sad eyes and baker’s dozen “how are you”s, I say the same. I’m okay.

Cue the response: It’s okay not to be. What do I want to say?

Oh, you know. I’m hitting an emotional brick wall at 90 miles per hour with my feet on the dashboard and my seatbelt is fucking broken. Oh, and I still don’t know how to drive. Thanks.

I have no idea why this happened and I have even less of a clue what I’m doing. (What are bills?) Everyone tells me I’m so brave and so strong but really I’m just still breathing – and barely. I lost my mother five years after losing my father and five months after graduating college. Life is pretty shitty right now.

I’ll pull from Remember the Titans, one of my girl’s favorite movies, falling short only to Patrick Swayze and Jennifer Grey’s musical finale in Dirty Dancing (and maybe Lauryn Hill’s in Sister Act 2).

Sometimes life is hard for no reason at all.

Here’s what I do know (besides the words to both musical numbers).

I’ve given more thanks in the last ten to twelve days than I have my entire life (I’ve also eaten more chocolate and read through more credit card statements). Time is picking up pace again as I get on with it, drowning in a sea of support and sympathy cards. See also: sympathy baked ziti, sympathy champagne and a pound and a half of sympathy corned beef from the family of the ex-boyfriend I pictured in a gay bar.

A week ago today a nearby bar and grill sat 27 of my closest friends and family in between visitations with upwards of 30 more shoulders to cry on. I may be an orphaned 20-something living in a best friend’s basement as winter slowly approaches but somehow, someway, I’m still feeling blessed. What I lack in certainty and financial stability, I make up for tenfold in friends – and I know my best one is always watching.

I’ll always love you more, mom (Left side, strong side).

1 Comments on “Elsa is a punk-rocker: what it’s like to lose your best friend”